When I woke up and started with opening the nets I did not hear much, but had the feeling that there were birds in the garden. So decided not to open all nets resulting in a smaller round that I had to make. And my feeling was right in the first round I had about 40 birds and was afraid that the second round would even be worse. Luckily not. At the end of the morning, I had ringed 116 bird, of which 61 were Robins (Rødhals). Except for one all the robins were born this year. I handled 16 species, nice diversity. Many birds in the garden also attract many Sparrowhawks (Spurvehøg) and 3 were ending up in the nets.

At eleven o’clock the maintenance working group were starting to trim the bushes. And the garden looks well kept now. Thanks for all the work. 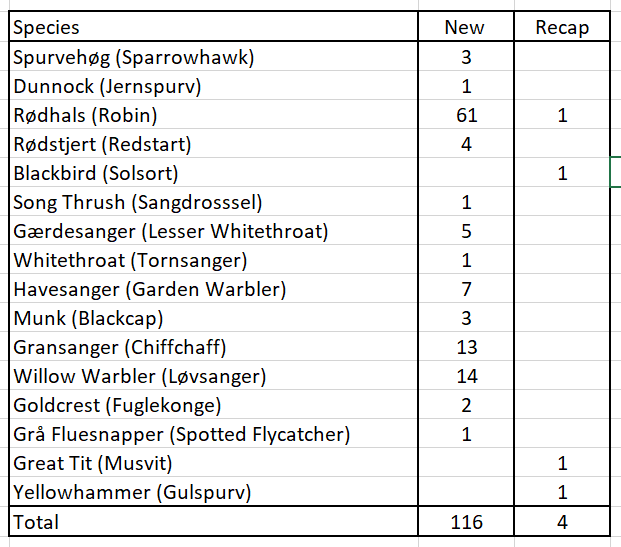 Normally birds are looking very well, particular just after moulting. But when they moult, they have sometimes funny appearances, like the Blackbird in the next picture. 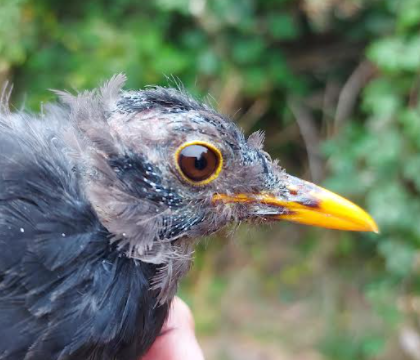 Hopefully tomorrow will be the same as today. Till then.