When I went to bed I hoped for more birds because we had a weather change, which is normally initiating migration. But the change was too small I think. Nothing arrived during the night. In total only 8 birds of which one was a recapture (see table).

The moths made the day good. I had the first two Eyed Hawkmoths (Aftenpåfugleøje) and several other new species of which I will show you 3. Next to the Hawkmoth you see the Flame (Brændeugle) which just looks like a piece of wood. 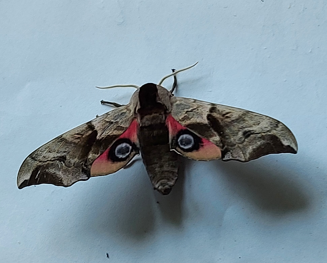 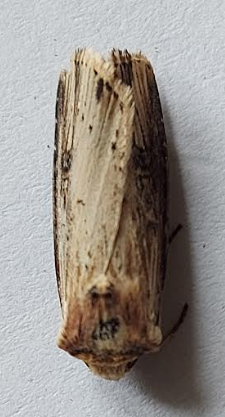 The next one is a Pale Tussock Moth (Bøgenonne) note the `hairy` legs and the right one is an Oak-tree Pug (Grågrøn Egedværgmåler). Of this one I was not sure but thought it was the right species. Had put it in Naturbasen and rather quickly got the answer. That they thought I was right. 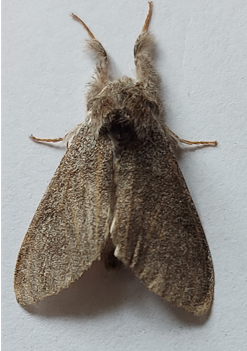 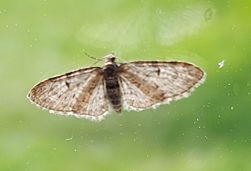 I am not an expert,but with the apps I use I normally can figure out which species I have found. The apps are Obsidentify and iNaturalist. The first one is a Dutch one which is good for me, but it give also the latin name.This program is rather good in identifying the species. iNaturalist I use because this one has pictures which allows you to compare your own picture with those in the program. This program is also good but is more difficult to use for identification as such.