Seems like we used up all the birds in October

Still breezy but with fewer rain delays some nets could be open all morning but it was still pretty quiet – seems like we used up all the birds in October; although the 21 new birds did include three huge female Sparrowhawks (all of which exceeded the maximum weight that the computer has on file as I was entering the data!).

The garden was again almost empty apart from a Long-eared Owl seen at first light and a pretty normal sounding Bullfinch, neither of which were caught; there was noticeably more life overhead through the morning with small flocks of Chaffinches, Bramblings and Siskins coming and going with smaller numbers of Redpolls, Greenfinches and Reed Buntings also passing over.   Also of note overhead were 25+ Twite (an overdue Danish tick!), 2 Woodlarks and a handful of raptors including 4 Red Kites, 8 Common Buzzards, a first year White-tailed Eagle and 10+ Sparrowhawks while big flocks of Barnacle Geese moved around the fields.

Not much else to mention with a walk round Kroghage producing single Black Redstart, Stonechat and White Wagtail – it definitely feels more wintery than autumnal now…. 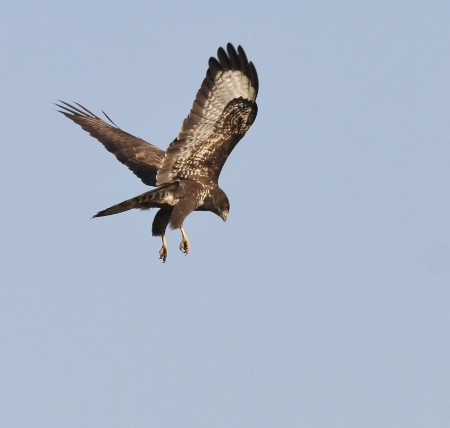