A lovely, generally sunny day with only a few showers to spoil things; despite the fine conditions the nets and the skies were pretty quiet – perhaps we did use up all the birds in October and the recent snow has halted proceedings.   I managed 26 new birds, mainly consisting of 10 Lesser Redpolls and 9 Common Redpolls (including another one of the huge adult male Common Redpolls with a wing of 81 – I wonder where that population is from?).

Around 70 Waxwings flew over the garden in two flocks, several Northern Bullfinches remained in the garden and a big flock of 500+ Barnacle Geese fed in nearby fields – that was about it for the day! 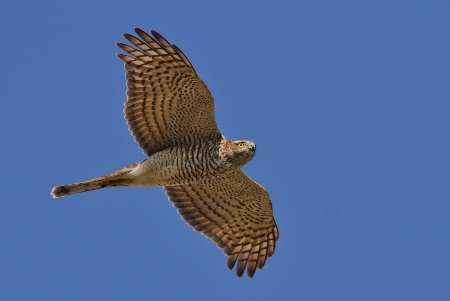