A much better morning than yesterday but it was still misty and murky with a brisk and increasing SW wind; I did though manage a few nets which produced 21 new birds which included more mixed Redpolls with 16 Common and 2 Lessers caught. The best bird got away though as another cracking ARCTIC REDPOLL came down to the playback in amongst the flock, it hit the net but bounced out, perched for a couple of minutes before heading off high to the south with a small group of other Redpolls.

There were a handful of Chaffinches, Greenfinches and Siskins also around the garden but they soon disappeared as fog rolled in followed by the ever increasing wind.   There was a small group of Whooper Swans in fields to the north of Gedser before a brief look at Bøtø produced just an adult White-tailed Eagle and 2 Hen Harriers in the ever increasing fog and eventual heavy rain which moved in just after lunch. 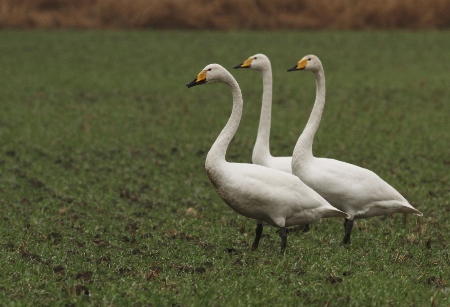