When I woke up this morning around 3.30 I didn't hear much in the garden. So the signs were not so good and that was exactly what I found out. In total I caught only 19 birds in the standard period. With as highlight another Red-backed shrike. During the first round I very recently heard an Oriole (Pirol) in the tall trees on the east side of the garden. Later it was confirmed by a birder at the south point. He said he had heard half an Oriole. So I assume it was right.

To have something to do for the rest of the day I installed a few nets around the pond and it had a good result. Besides two Linnets (Tornirisk) I could catch 3 Sand Martins (Digesvale) and 1 House Martin (Bysvale). The last two species were new to the station this year. 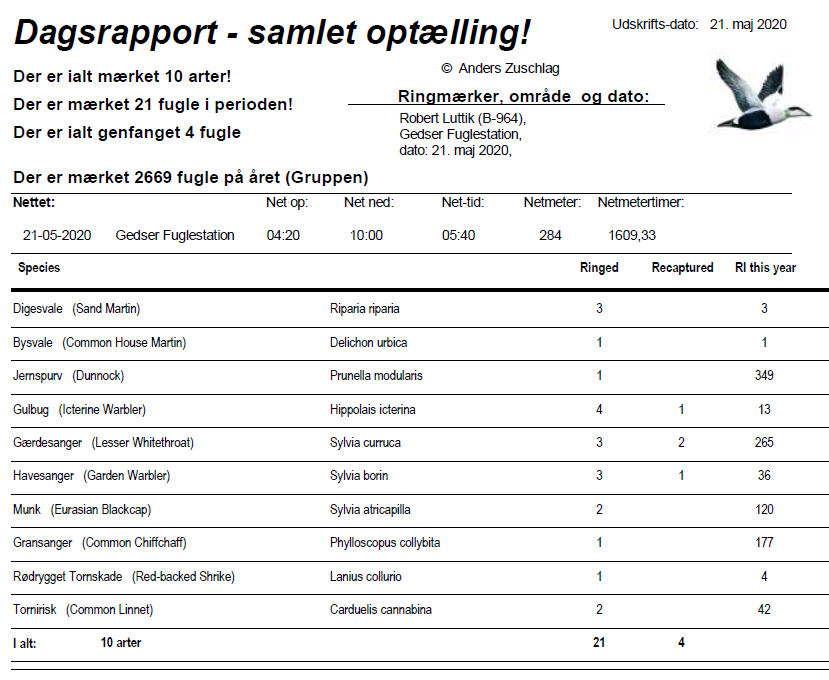 The pictures I want to show you are of the two new species of today. And in addition you will find a picture of a leg of the House Martin. It has a special leg. It's as far as I know one of the few smaller birds with feathers on the leg. I showed you that a few years ago, but maybe we have new readers who don't know this and find it interesting 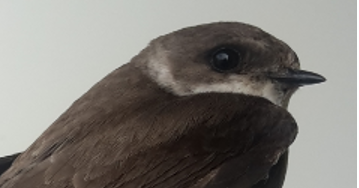 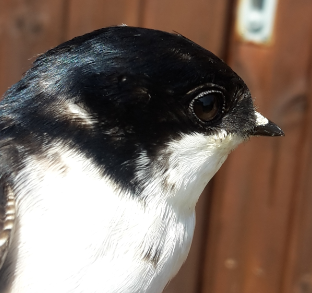 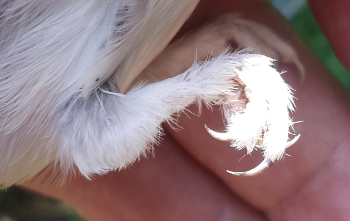 With kind regards and till tomorrow