The first round today at 4.45 was a good round with 12 birds. Many birds in the first round is often an indication that there will be a lot of birds in the rounds to come. I was already thinking I should call Hans to help me, but the second round was rather disappointing. Only a few birds. So Hans was allowed to stay in bed. For the first time, there were a good number of birds from the Acrocephalus species group: Marsh and Reed Warblers (Kærsanger and Rørsanger).

But one particular Icterine Warbler (Gulbug) was the bird of the day. It was caught for the first time in the garden on the 29th of June 2012 as a 2k + (two years older). Which means it is at least 9 years old and soon even 10 years of more.

Other highlights of the day were a female Common Rosefinch (Karmindompap) and a female Pied Flycatcher (Broget Fluesnapper). There was also a singing male Karmindompap in the garden, but it did not fly into the nets. Maybe tomorrow.

Nets were closed early today (12 o'clock) because it was the day for maintenance in the garden: mowing of the grass and trimming of the bushes around the nets. 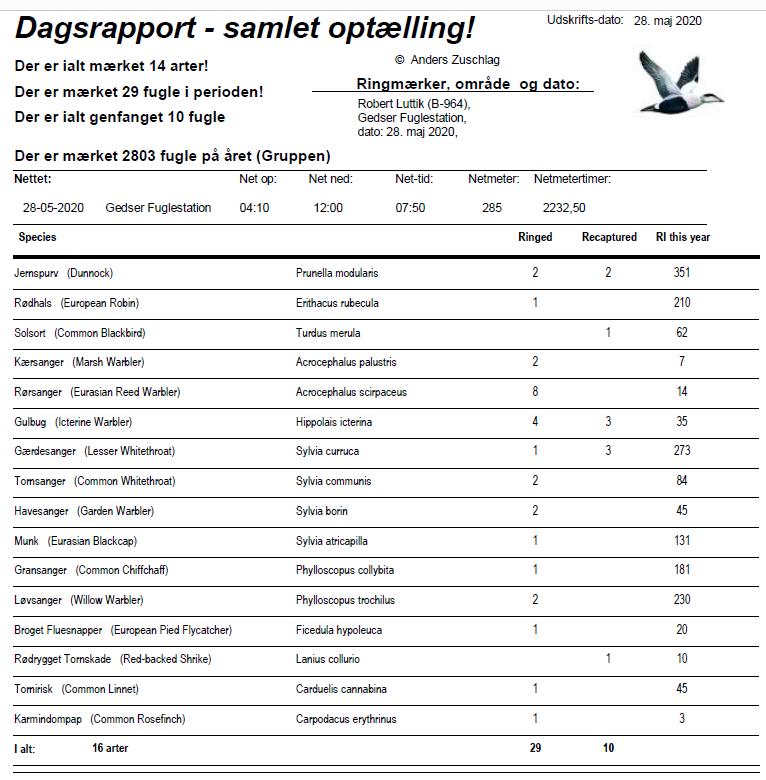 Only one picture today is one of the Reed Warblers. 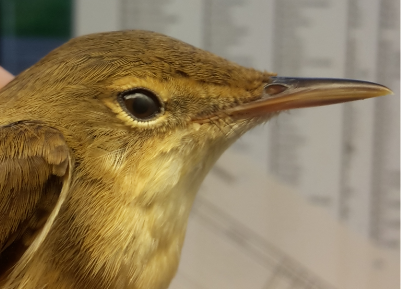