Last day in May and also for me this spring

It was my last day for this period at the Gedserfuglestation. I had a good time, a little more birds would have been fine, but that is how it is. You never know and each day is different.

This morning I was up early and the nets were open at 4 o'clock. First round brought only two birds but both interesting ones. The first bird I got out of the net was a male Red-backed Shrike (Rødrygget Tornskade) and the second one a Sedge Warbler (Sivsanger), the one with the two stripes on the head. This was the first catch of this year. It was a female because I saw a breeding patch. So, it must be a local bird. Later in the morning I caught a second male Red-backed Shrike. This brings my personal total for the two weeks at 13. This is by far a record for me. 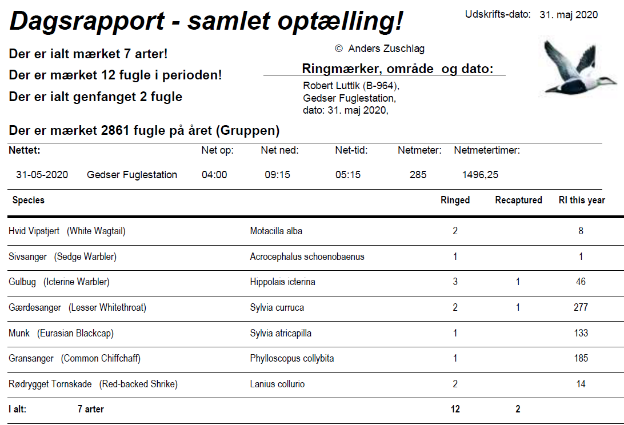 I closed the nets after 9 am and put all the data in the computer. Cleaned the house, packed my stuff and drove home. I will come back the first 2 weeks of September and hopefully corona will allow us to be with more people at the station.

I have two pictures for you today, one of the Tornskade and one of the Sivsanger 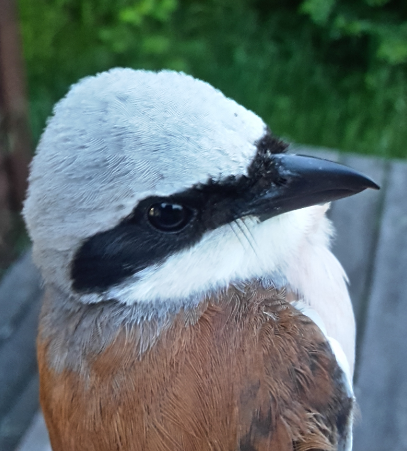 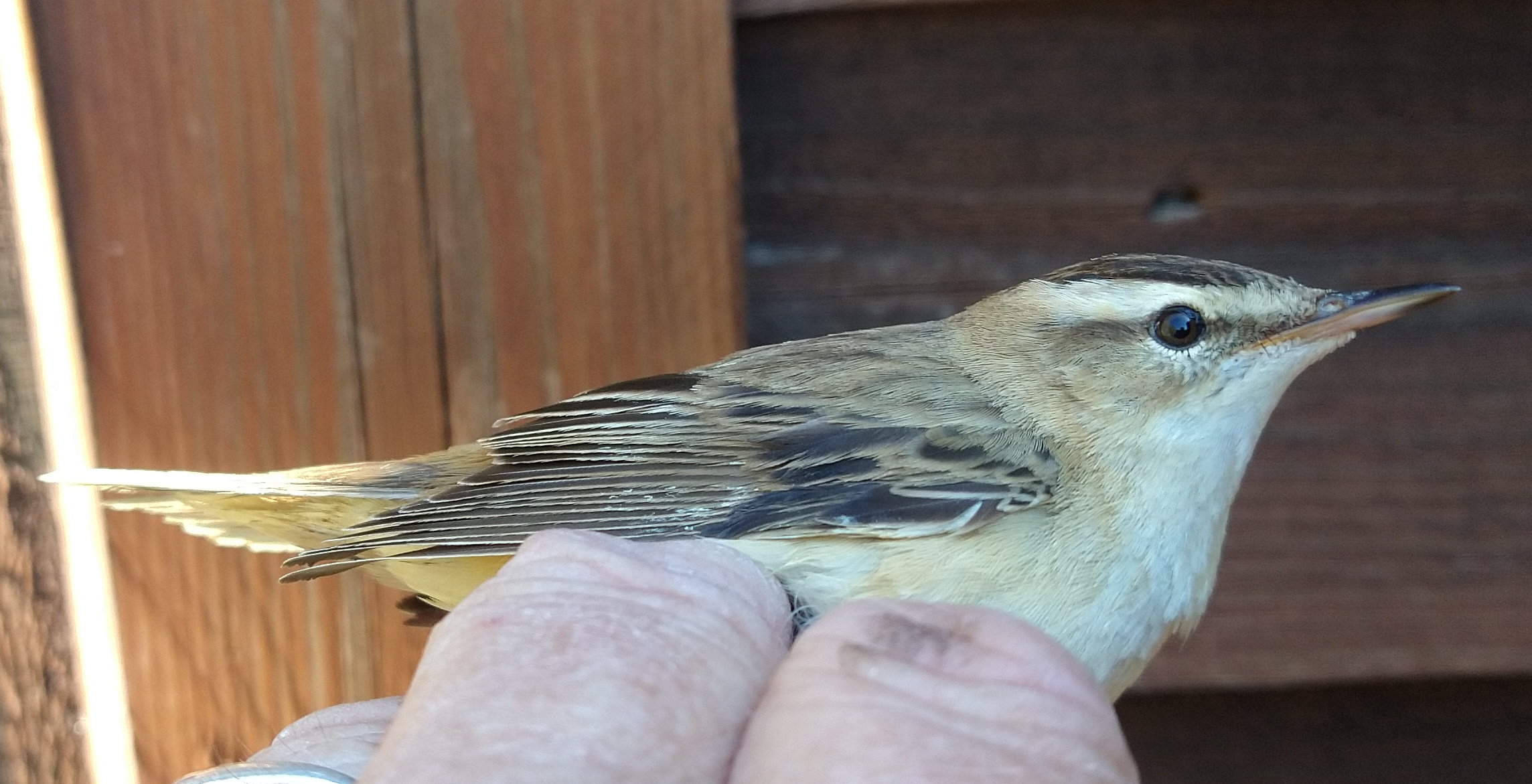 Till later this year and with kind regards